What planet should George Lucas place in Walnut Creek?

It's an intriguing idea: to invite George Lucas' Lucasfilm Ltd. to build a film studio in Shadelands Business Park. City Manager Ken Nordhoff has sent a letter to Lucasfilm, inviting the legendary film company to consider Walnut Creek as a new satellite location after it dropped plans to build its new facility  in rural Marin County, the Contra Costa Times reported.


The 240-acre Shadelands has a 20-percent occupancy rate, and Walnut Creek has been looking at ways to revitalize the business park, which has around 2 million square feet of office space. The presence of the Department of Energy's Joint Genome Institute shows that the business park can be a center for innovation and new technology. And, city leaders say, Walnut Creek has other things that would make it attractive to a creative, moviemaking workforce: a thriving downtown, parks, open space, and an arts scene based around the Lesher Center for the Arts.

But before anyone gets too starry-eyed about this proposition, remember that we are dealing with George Lucas. In interviews, he comes across as a pleasant enough fellow but he's also a billionaire  builder of empires -- both real and fantasy. He's probably a bit of a control freak when it comes to buildings that will bear his name -- as billionaire empire builders probably tend to be. He certainly has strong viewpoints on design and aesthetics. He largely succeeded in the global entertainment industry because he has been able to get the masses to buy into his vision of imagined worlds. 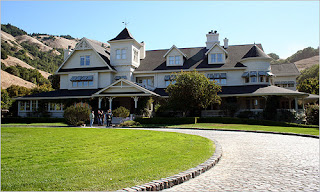 What I'm saying is that Lucasfilm probably wouldn't just set up a studio in a regular glass-and-concrete two-story office building. No, the company would probably want to build a structure that is singular in design, so get ready Design Review Commission. Maybe for something out of the ordinary but also potentially beautiful. The company's Skywalker Ranch features buildings in a variety of styles: Victorian (above), Art Deco, Crafstman and Frank Lloyd Wright "prairie" style. The proposed  269,701-square-foot Grady Ranch studio was to be a mission-style building, and Lucas was the "principal designer," according to the Grady Ranch website. 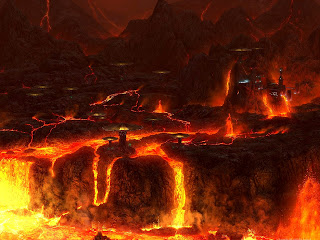 So, if we can imagine Lucasfilm taking Walnut Creek up on its offer, we can also wonder what sort of visual environment the company would want to create for its Shadelands park campus. Lucas' oeuvre, notably the different planetary settings for his Star Wars saga, is filled with a wide range of eye-popping settings: the desert Tatooine, Luke Skywalker's home planet; the watery "planet of storms" Kamino where the clone army for the Galactic Republic is created; the fiery lava planet Mustafar (above).

I don't think Tatooine, Kamino or Mustafar would work for Shadelands. But maybe Lucasfilm could re-create a Coruscant planet city (below). 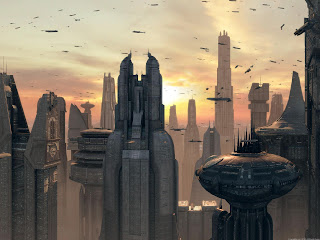 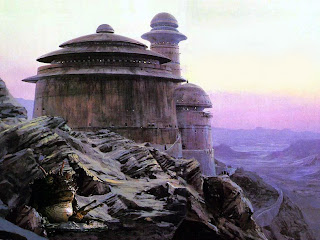 But what about a building reminiscent of Jabba the Hut's castle? This domed citadel, by the way, might remind you of the Frank Lloyd Wright-designed Marin Civic Center -- which, some say, also was one inspiration for some of the architectural styles of Naboo (at top), the home planet of Padme Amidala, the evil Senator Palpatine and the beloved :) Jar Jar Binks. 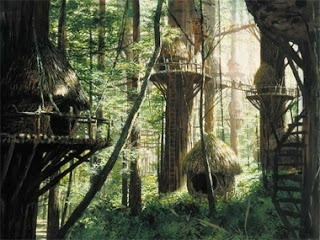 Perhaps Lucasfim would want to go for a green theme with its Walnut Creek campus. It could plant a luscious forest and build a few Ewok-style  tree houses (above). 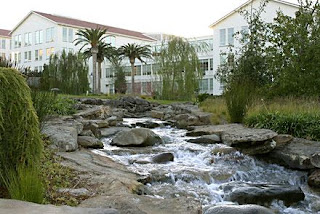 All fun, wild speculating aside, Lucasfilm has succeeded in creating cool, sustainable architecture that revitalizes existing, historical structures and styles. Lucasfilm in 2005 opened its 23-acre Letterman Digital Arts Center in San Francisco's Presidio. The four buildings, spread out among 17 acres of public park, were constructed out of recycled or reused materials from the demolished Letterman Hospital. Lucas was also the primary conceptual designer for this project. The center has received wide praise for its gold LEED certification and for blending seamlessly into its setting.

It would be nice to have more billionaires like Lucas in WC including the jobs that they usually bring to communities. Love him or hate him, Dean Lesher was an icon in this area and employed many people. His positive impact and those like him are why we have/used to have such a nice place to live. Shadelands could use an upgrade and I hope for our community Lucas plants his business here. While this sentiment would be generally true all the time it is especially true in the economic environment we now live in...

How about an Eichler for Lucas World?